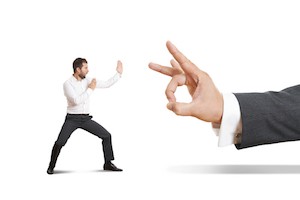 This is the last letter in our 10 part series on the ten skills every new leader must matter, but it is not the last episode. I have so much on this it is going to be two shows.

The Mistake of Focusing on Your Gifting

I would like you to meet Richard.  Perhaps you can relate to his early failure as a budding leader. Richard is young, sharp, tall, gifted and has a lot of natural charisma.  Growing up, he always fell naturally into leadership.  Now as a young adult and committed to Christ, he aspires to be a leader for God.  Richard feels that God endowed him with a lot of natural leadership ability, so he honed them by graduating from college and then going through grad school.  He graduated from a premier seminary and is now at the end of his second year of his first ministry assignment.

Things were going great for a while.  Richard became the team leader for a new ministry that was born out of great vision.  It was a position he was given as an assignment by those who began the new enterprise.  You might say he became the leader of a ministry startup.

Richard was getting a lot done and even published a book as a young adult author before he was thirty.  He was feeling really great about his career and all his early “success”.  Or so he thought until it all came crashing down around him one day.  During the annual business meeting of the ministry team, at the end of year two, Richard was “deselected” as the leader by his colleagues.  Someone else from his team was put in his place.  He was devastated… because he really thought he was God’s gift to the world and certainly to his team. He did not see this vote of “no confidence” coming at all.  When he picked himself up off the floor and finished licking his wounds, he asked a few of his colleagues what just happened. “You don’t really care about us, Richard. You only care about your agenda and getting your tasks done. We want a leader who has a heart and pastors us like a shepherd.”

Ouch.  That hurt… badly.  It was painful and it was true. The reason I know this story so well is that it happened to me. Richard is really Hans. The person I described was me as a young man in my twenties as a new leader. My own team cast me aside and sent me to the back side of the desert to learn some painful lessons. I came to fully appreciate that people really do not care how much you know, (or do)  until they know how much you care about them.

I don’t know how gifted you are, but I have seen that the more you have going for yourself naturally, the more that pride can get in the way of genuine success. I had to learn the same leadership lesson that Moses had to learn in Egypt after he tried to rescue his own people in his own strength. They rejected him outright, “Who made you ruler and judge over us? Are you thinking of killing me as you killed the Egyptian?” Then Moses was afraid and thought, “What I did must have become known.”(Exodus 2:14 NIV)  He fled to the desert and over the next forty years God took the pride and arrogance completely out of him. D.L. Moody said of Moses, “Moses spent his first forty years thinking he was somebody. He spent his second forty years learning he was a nobody. He spent his third forty years discovering what God can do with a nobody.”  (D. L. Moody quoted in Charles Swindoll, Moses: A Man of Selfless Dedication. Nashville: Thomas Nelson, 1999).

You could call it youthful arrogance, overconfidence, egotism, haughtiness or just plain pride.  But it affects a lot of gifted leaders just starting out.  New leaders, just like Moses, often make the mistake of leading with their natural talent, personality, gifting and smarts. They lead with their heads, not with their hearts. I was arrogantly full of myself, not humbly full of God.

I heard a wise person say years ago, your gifts might get you to the top, but they won’t keep you there. As the years have gone on and I have watched a lot of other leaders rise through the ranks, I have seen an interesting pattern. The more gifted we are, the more talented we are, the greater our education, the more tendency there is to rely on those skill sets to lead—not our hearts. Those gifts will carry us for a while, but sooner or later there comes a reckoning. And if that reckoning does not come, neither will truly great leadership.

Have you ever worked under a domineering leader that has this ego problem?  I have. In their lack of humility, they make life miserable for those under them because they are horrible listeners and tend to be control freaks.  These leaders have all the answers, so why ask any questions?  They act like they are better at everything than those that work for them.

Somewhere between the time Moses was forty and eighty, he had a leadership conversion.  He became humble, and through that conversion God gave him powerful leadership credibility.  In fact, the Bible says that he eventually became, “The most humble man on the face of the earth.” (Numbers 12:3) I don’t think I could have endured forty years of obscurity in the desert like he experienced, but he had a lot of prideful Egyptian arrogance he had to get out of his system.  After all, he was very gifted and was raised in Pharaoh’s household.  And he was educated, “in all the wisdom of the Egyptians.” (Acts 7:22)

In his youthful zeal, Moses failed as he tried to lead by his own sheer strength of position and personality. But when he was eighty, he was fully prepared to lead with strength bathed in humility. His confidence was no longer in his gifting. In fact, he told God at the burning bush that He had the wrong man. At forty he was ready to lead, at eighty he became the reluctant leader. As he was being summoned for the leadership challenge of a lifetime, that he had no gifting:  “Master, please, I don’t talk well. I’ve never been good with words, neither before nor after you spoke to me. I stutter and stammer” (Ex. 4: 10 MSG). We know that is not true because of what is said of him in the book of Acts. “Moses was educated in all the wisdom of the Egyptians and was powerful in speech and action.” (Acts 7:22)

I have also worked under humble leaders in my career. What a delight.People love following humble leaders who lead with passion with their hearts out front for all to see. Trust is built between leaders and followers heart to heart. People follow leaders who are in touch with their hearts. There is some sort of a magnetic loyalty that grows in followers who respond to humble leaders who lead with a passionate shepherd’s heart. That is not to say that they cannot be men and women of great gifting and ability, but they don’t overpower people with that talent.

In my next episode, I’m going to entertain the question: “Why should people follow me?” There are a number of answers to this, and coming up with the right answer can determine your success.