71: Learn to Lead: Ten Skills Every New Leader Must Master: Integrity – The Character of a Leader 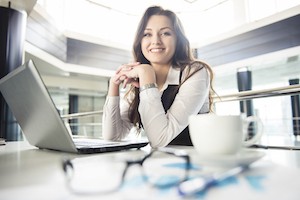 What we will cover today in this podcast:

1. God is watching me – and us Mark Hurd lost his job as the star turnaround CEO at HP in Silicon Valley, California. he was after Carly Fiorina. By the time you read this, he will be long forgotten and out of the headlines. HP ousted Mark Hurd for submitting inaccurate expense reports connected to a contractor who did marketing for the company. While investigating the contract worker’s claim that Hurd sexually harassed her, HP said it discovered Hurd falsified expenses connected to her. The company reported that in “numerous instances … the contractor received compensation … where there was not a legitimate business purpose,” according to HP general counsel.

Five years of brilliant leadership came to an end because of an indiscretion in his expense account. It had to do with an attractive woman and some questionable expenses, but there was no illicit sexual behavior. Hurd claimed that someone else had messed up his expense reports. Someone was not sweating the small stuff! What disheartens me is the way the rest of the story played out. Hurd then received a twenty-eight-million-dollar golden parachute. Great reward for messing up, huh? What would happen to most of us if we were caught in this kind of scandal? We would be shown the door immediately. Oh well, God is keeping the real score!

The line “God is watching you” is from a popular song from long ago. The lyrics are true. Moses knew that and referred to it in his moving “Prayer of Moses” found in Psalm 90: “You have set our iniquities before you, our secret sins in the light of your presence” (v. 8).

We can fool some of the people all of the time, but we can fool God none of the time. Moses knew this truth and lived out a life of integrity. One place where that integrity showed up time and again was in his faithfulness to God’s commands. Here is a statement that occurs over and over again in the Old Testament: “Moses did as the LORD commanded him” (Num. 27: 22). This phrase appears ninety-four times in the Old Testament! It is true that the devil is in the details, and it’s usually in small acts of disobedience that leaders stumble. Not in the big slashes but in the dozens of tiny cuts. Moses was not only a man of vision, but also a man of detail.

Much of the content of the books of Moses in the Old Testament is about the minute details of legislation in lifestyle and obedience in building the tabernacle that God told him to build. He knew how important it was to play by God’s rules. That’s why at the very end of his life when he passed the baton to Joshua, he reminded everyone again of what it takes to be successful in God’s economy: When Moses finished reciting all these words to all Israel, he said to them, “Take to heart all the words I have solemnly declared to you this day, so that you may command your children to obey carefully all the words of this law. They are not just idle words for you— they are your life. By them you will live long in the land you are crossing the Jordan to possess.” (Deut. 32: 45– 47)

When I was a kid, the idea of God watching me was like a cosmic cop. He was waiting for me to step out of line so he could zap me. Like, my father. But as I grew up, I realized that 1) God is a loving God, not a mean God, 2) He knows how imperfect we are and looks to us with grace and 3) His watching me is a good thing, not a bad thing.

Now let me shift from the Bible to secular literature on leadership.

In the introduction to the second edition of their landmark book, Leaders: The Strategies for Taking Charge, Bennis and Nanus observe, “Although a lot of executives are derailed (or plateaued), for lack of character or judgment, we’ve never observed a premature career ending for lack of technical competence. Ironically what’s most important in leadership can’t be easily quantified.”

First, he says, is finances. As leaders grow in their influence and the amount of money they are responsible for, greed and mismanagement can easily creep in and compromise an effective leader. Examples are Gideon’s golden ephod and Ananias and Sapphira.

Second is power. With the growth of power comes the subtle temptation to abuse it. Privileges come with a rise in perceived status, which can easily become abusive. An example is Saul’s usurpation of the priestly privilege. Abraham Lincoln said, “Nearly all men can stand adversity, but if you want to test a man’s character, give him power.”

Third is pride. We must maintain a healthy respect for who we are and what we have accomplished, but we must not allow successes to go to our heads. God is the One who is to be given credit for anything good that comes from our ministries.

Fourth is sex. This one needs no elaboration and has been a key test of leadership from day one. Joseph did it right; David did it wrong.

Fifth is family. Tension and trouble in a leader’s home can result in his or her ministry being destroyed. This can be between husband and wife, parents and children, or even between siblings.

Sixth is plateauing. Some leaders experience a growing dryness and dullness in their ministry. If this is not countered with a lifelong learning attitude and with spiritual renewal, plateauing will reduce the leader’s effectiveness. This hardening can even lead to rebellion and disobedience, as in the case of Saul. We’ve looked at the negatives; now let’s focus for a moment on the positives.

3. What it means to have integrity

CHARACTER “In reading the lives of great men,” Harry Truman said, “I found that the first victory they won was over themselves. . . . Self-discipline with all of them came first.”

In the words of John Maxwell, “Your gifts and skills might get you to the top, but only your character will keep you there.”

How good is your word? Is your credibility such that your followers can move ahead, knowing you won’t change your course midstream? Are you known as someone who is reliable in doing what you say you will do? Reliable leaders keep their promises. That trait often separates leaders from followers. Our ministry faced a major issue that required strict confidentiality. For the information to leak out prematurely would have been destructive to many people and to the organization. I watched with interest as we on the leadership team committed to share the information only with our spouses. I’m proud to say that the group kept a tight lid on the information for several months. When it finally did leak out, it was not through my team but from another person who was in on the secret but could not keep it to himself. He “confidentially” told a good friend, who was asked not to repeat it, who in turn told his friend in “confidence” not to repeat it. That is not keeping confidences; passing along privileged information is breaking trust. That person really let us down. Fortunately the damage was minimal, as the time was near for the information to be released.

Learning lesson: Don’t give out confidential information entrusted to you. The temptation to share the power of confidential information is great, but the reward of being known as a person who can be trusted is far greater. James summed up this quality of trustworthiness: “Above all, my brothers, do not swear—not by heaven or by earth or by anything else. Let your ‘Yes’ be yes, and your ‘No,’ no, or you will be condemned” (James 5:12). Don’t say yes to something when in reality you have no intention of doing it, when you have no authority or ability to do it, when you may change your mind and are not really committed to following through, or when the time and resources at your disposal will not allow you to do it.

The knowledge that character is an important issue permeates all disciplines. Coach John Wooden, who led the UCLA Bruins basketball team to ten national titles in twelve years, emphasized character as the key to his success with his team: “Be more concerned with your character than with your reputation. Your character is what you really are while your reputation is merely what others think you are.”

The word “character” comes from a Latin word that means a mark or a distinctive quality. In terms of people and personalities, character is “one of the attributes or features that make up and distinguish an individual.” Another definition I like is this: “The complex of mental and ethical traits marking and often individualizing a person, group or nation.”

A person of good character is a person of moral excellence and soundness.

In leadership, it is not just about skills.

Make a Mark, Leave a Legacy – both are critical to success. Making a mark is about what you accomplish. Leaving a legacy is about your reputation and integrity in the process.

Last month we had to let someone go in our finance office because he secretly “borrowed” less than two hundred dollars from petty cash. This person had crossed the line several other times in the past when it came to issues of integrity in the workplace. I was sad to see his departure because of the lack of integrity— I really liked the guy.

While I was writing one of my books, I wrote to a number of people and asked them for their definition of finishing well. I asked, “How would you describe a successful life when you are looking back from the finish line?”

He did not write me, but I love this quote from a very humble and very rich man who lives a life full of integrity:

“In looking for people to hire, you look for three qualities: integrity, intelligence, and energy. And if they don’t have the first, the other two will kill you.” —Warren Buffett, CEO of Berkshire Hathaway

Action point: How would you answer me with this question: “How would you describe a successful life when you are looking back from the finish line?” I would love to hear from you. Go to HansFinzel.com/engage and let me know what it means to you. 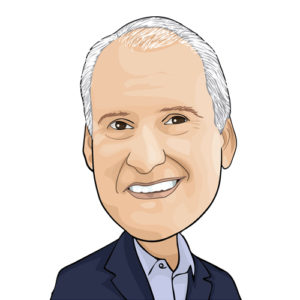